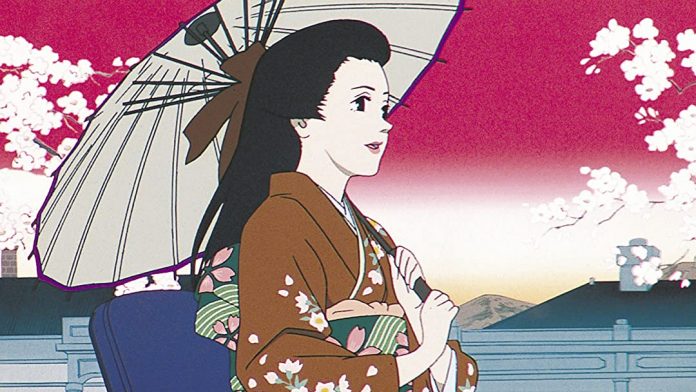 Select Vision has just published the first list of confirmed cinemas to enjoy the 4K version of Millennium Actress, the 26 of February in theaters. 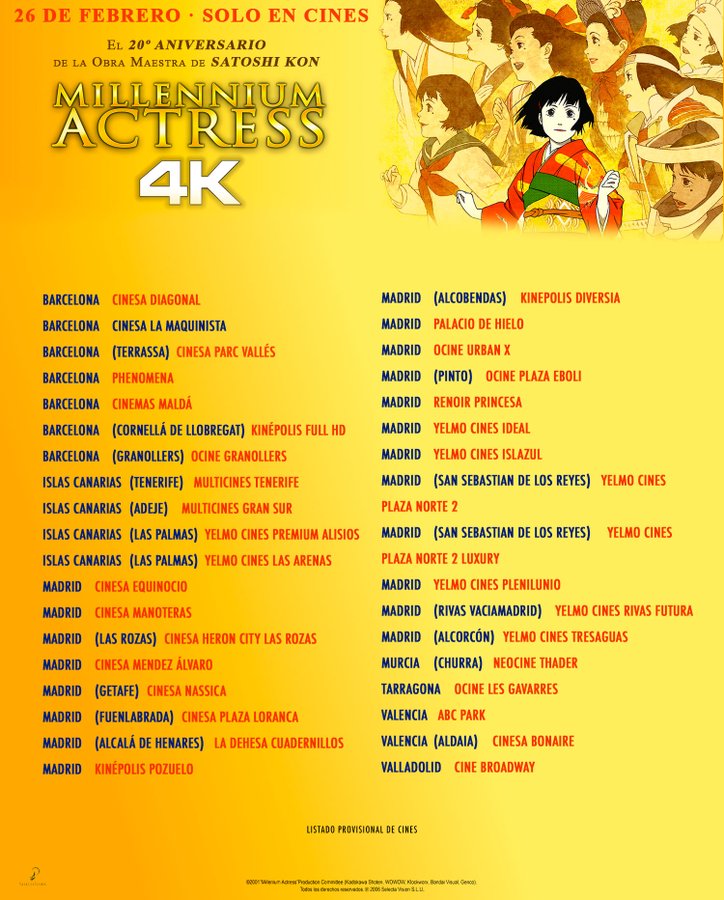 In the past, Chiyoko Fujiwara was the dominant movie star on the Japanese film scene until her sudden disappearance from the public image thirty years ago. One of her biggest fans, documentary filmmaker Genya Tachibana, travels to the secluded mountain refuge where she makes her home to interview her. Once there, he hands over to his former idol of youth an old key that he found among the remains of his old study and, as if the key had opened the door of his memory, Chiyoko begins to remember the story of his life. In this way, he travels from the remote past to the distant future through a thousand years, crossing the border that separates reality from the films that have formed a large part of his life.