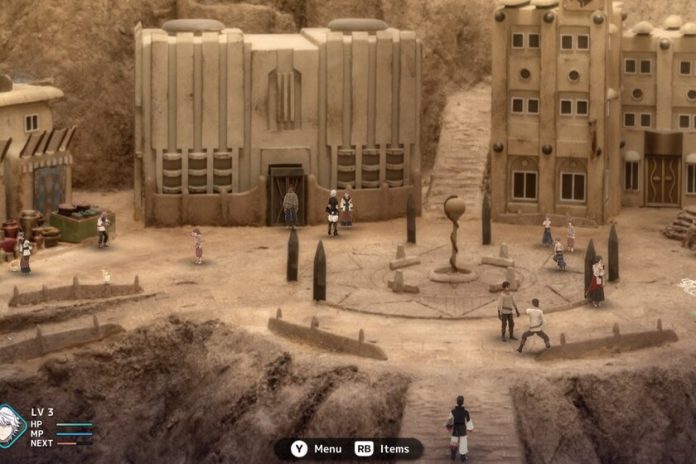 Having never owned a living room console until the arrival of the Nintendo Switch just before the pandemic, I must confess that I have not played too many RPGs outside of what I was able to install on my Macs or PCs as a teenager. But I had my moments with some Final Fantasy and I understand perfectly why they are already part of the history of video games.

That is why the arrival of Fantasian, an RPG from the makers of Final Fantasy, caught my eye as a possible candidate to be played within the newly expanded catalog of Apple Arcade titles. And after having been playing for a long time, I can comment on some impressions about him.

An RPG that is not too complicated

Fantasian is a very pure RPG, very true to the strictest definition of an RPG. You start by controlling the protagonist, who little by little finds fellow adventurers who join the team in turn-based combat. You are exploring a world that needs your help, getting items, weapons and shields that you equip yourself to become stronger as you level up. Anyone who has played a Final Fantasy or even one of the unjustly forgotten Golden Sun will understand this.

READ:  It is the first compact calculator in history and was created in a Nazi concentration camp 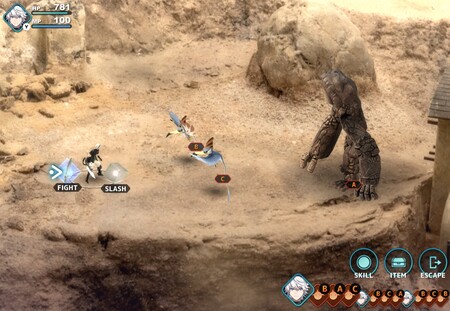 The fights are just what you expect from an RPG without going overboard. In the lower left corner you have the progression of the turns of allies and enemies.

The best aspect of this is that Fantasian sticks to a system that is not too complicated. Yes, at first we can get a bit confused by the number of menus to manage our progress and equipment, but they are easily learned. The only peculiarity as far as I have seen is that you have the opportunity to take random enemies you meet in a place called Dimengeon, so you can fight them later once you’ve accumulated a few. 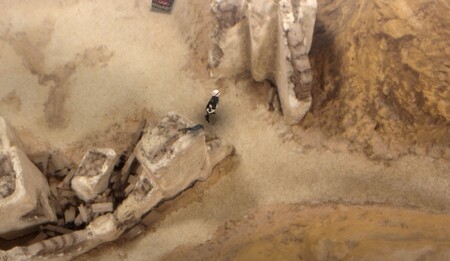 Some shots of the dioramas could be better, although most of them are very elaborate.

At a graphic level, the game stands out for having built their backgrounds from real dioramas, something that gives it a lot of originality. However, with the close-ups you can see photographs of those dioramas that are a little improvable and that are quite out of tune with the characters. Fortunately it is not something that affects the gameplay. The music also stands out, from the hand of the composer Nobuo Uematsu who has already made several soundtracks for other video games.

As for the gameplay I recommend a controller to play. On the touch screen it is played without problems, but this game is more comfortable if we use an external controller and learn the controls. Fantasian is played much better on the Apple TV, Mac, or iPad than it does on an iPhone.

In short, this is an original RPG, with a simple approach and a gameplay that does not require a master’s degree to complete the game. It is not a revolution, but It is a good step for Apple TV to continue raising the quality of its game offering in the future. It is not a triple A typical of consoles, but it manages to attract attention.