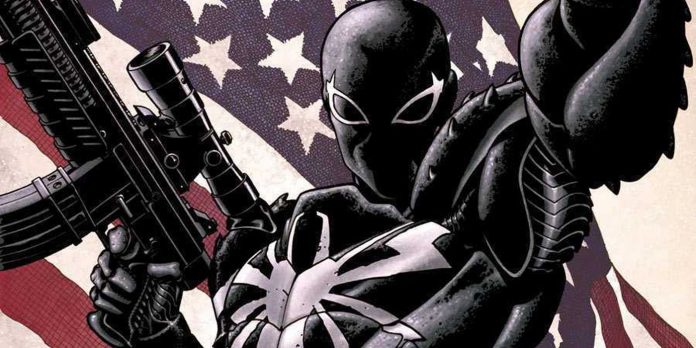 Marvel Comics has finally revealed to readers the identity of the eighth symbiote protagonist of Extreme Carnage, the sequel to Absolute Carnage and King in Black due out in July. The silhouette did not leave too much room for doubt, but today we finally got to see the new Agent Venom design, now ready to get back into action.

Below you can take a look at the official illustration, starring Venom, Carnage, Phage, Scream, Lasher, Riot, Agony and the newcomer, the terrifying Anti-Venom. The new miniseries will kick off with a first comic by Phillip Kennedy Johnson and Manuel Garcia on July 14, and will keep us company for an unspecified amount of time.

For those who do not know him, Agent Venom is the alter ego of Flash Thompson, the bully who made fun of Peter Parker in high school. In the story written by Stan Lee and Steve Ditko, the boy joins the army and loses both legs in Iraq, and soon after is possessed by the symbiote obtaining the powers of Venom. Once transformed, the symbiote creates legs for him.

In the Venom and Spider-Man comics Flash Thompson becomes a superhero, although using Venom’s power for too long tends to make him lose his lucidity and make him aggressive. We will see how his character will be handled in Extreme Carnage.

And what do you think of it? Happy with this return? Let us know in the comments! Meanwhile, we remind you that another very important Marvel series will arrive in July, the one dedicated to the Moon Knght.