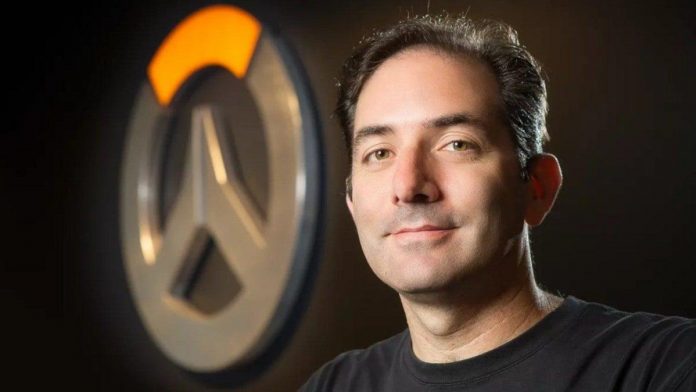 Jeff Kaplan, Director of Overwatch, has announced that will be leaving Blizzard Entertainment after nearly 20 years in the company.

In a personal message, Kaplan announced his departure from Blizzard Entertainment after 19 years. You can read his full letter below.

It was truly the honor of a lifetime to have the opportunity to create worlds and heroes for such a passionate audience. I want to express my deep appreciation to all the people at Blizzard who supported our games, our gaming teams, and our players. But I want special thanks to the wonderful developers who shared with me the journey of creation.

Never accept the world as it seems to be. Always dare to see it for what it could be. I hope you do the same.

Overwatch 2 development will continue with Aaron Keller taking over as new director of the sequel. Keller previously worked with Kaplan on World of Warcraft.

“Jeff has been a great leader, mentor and friend, and he knows how much we will miss him.”Keller writes in a letter to the community. “I have been fortunate to work alongside him and the rest of the Overwatch team for many years in building something that continues to inspire people around the world, and I am honored to carry the torch forward. “.

Kaplan joined Blizzard in 2002, where he began as a designer in World of Warcraft, developing missions for the MMORPG, which at that time had not yet reached the market. Eventually, he became the director of WoW. In 2009, Kaplan spearheaded an unannounced project at Blizzard called Titan, which was about a first-person shooter game.

Unfortunately, Titan never came and was officially canceled in 2014. However, Kaplan and the members of the Titan team took ideas from the game and redesigned them into a team-based hero shooter. now known as Overwatch.

Overwatch has been incredibly successful since its launch. With over 50 million players and numerous Game of the Year awards. Additionally, Overwatch helped reinvigorate the hero shooter genre. Overwatch also spawned its own series dedicated to esports.

Blizzard is also developing the sequel right now. Y Overwatch 2 will be a game designed to introduce a single player component that will give more prominence to the beloved heroes of Overwatch. Anyway, it is confirmed that New maps and PvP heroes will still be released for Overwatch 1 (also for 2, of course).

As soon as al futuro de Overwatch 2, below you can read Keller’s full letter:

Jeff has been a great leader, mentor and friend, and he knows how much we will miss him. I have been fortunate to work alongside him and the rest of the Overwatch team for many years in building something that continues to inspire people around the world, and I am honored to carry the torch forward.

I love Overwatch. From our first pieces of concept art, to the first maps we build, going through the first time i could run like tracer (who in that first moment shot lasers out of his eyes), this game just clicked with me. I love his beautiful, inspiring and hopeful world worth fighting for. I love his characters: larger than life, colorful, powerful and global. And most of all, I love the fast and fluid game that requires teamwork, situational awareness, and quick decision making.

I also recognize that making games at Blizzard has always been a group effort and is never about a single point of view. Along with the rest of the team, I feel fortunate to have a broad base of creative and development leaders, numerous veteran Blizzard artists and designers, as well as extremely talented new blood, along with a great company-wide support for the current game and for Overwatch 2.

Speaking of Overwatch 2, development continues apace. We have an exceptional vision that we are executing. The reaction of many of you to the updates we shared on BlizzConline excited us, and we have exciting disclosures planned for this year and in the future as we move towards launch. Very soon we will share with all of you more frequent updates on progress Overwatch 2 and new features in the current game.

While I have no pretense of taking Jeff’s place, I am excited to take on the role of game director and continue to be part of a team that is putting all its heart, talent, and focus into the next version of Overwatch, and I I am honored to continue serving to this amazing community.