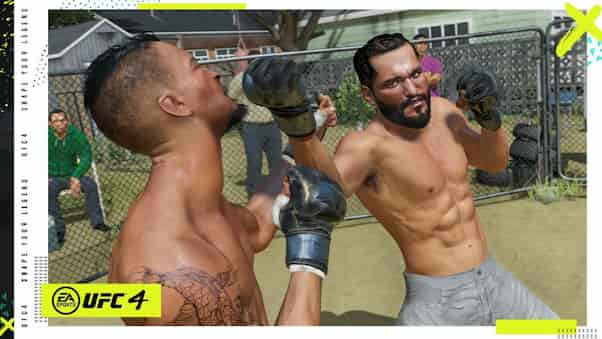 In the vastly growing market of competitive gaming, sports titles are becoming some of the most popular to watch (and gamble on) for fans and critics alike. This should come as no surprise considering how popular real sports are and the fantastic technology allowing simulated games to emulate the “real thing” as close as possible.

Esports has allowed serious gamers to compete on a grand stage, create athlete-like fan bases and help promote the most competitive games across PlayStation, Xbox and PC gamers alike. Viewership of Esports has grown into the millions, and the industry has surpassed the $1 billion net worth in 2020. As UFC president Dana White & stars like Khabib Nurmagomedov and Justin Gaethje help grow The Ultimate Fighting Championship, the Esports industry has followed suit.

Another avenue that has struck interest is the gambling aspect to Esports, bookmakers such as Bet365 & William Hill welcome you to place bets on your favourite Esports professionals. The release of UFC 4 has already sparked a betting interest, and what is more entertaining than watching the two best gamers in the world fight with the two best fighters on the game.

While Esports does not run weekly UFC tournaments to bet on, UFC 254 Khabib Nurmagomedov vs. Justin Gaethje is live this weekend, and we have an opportune moment to win some cash as the best pound for pound fighter is on the card.

Moving on into the UFC, there’s is no surprise to found Khabib Nurmagomedov as the favorite with the bookmakers at UFC 254, and for a good reason. The Dagestan native is undefeated in his professional MMA career with twenty-eight wins and zero losses, a dominant tenure in and outside of the UFC has given the UFC lightweight champion legendary status. He is arguably the most outstanding professional fighter of our generation and could well retire undefeated with the skill set he’s acquired through decades of training.

They will be no games played this weekend; the interim UFC lightweight champion Justin Gaethje will challenge the undefeated Russian on Fight Island in Abu Dhabi. A knockout artist with a point to prove, could Gaethje shock the world? 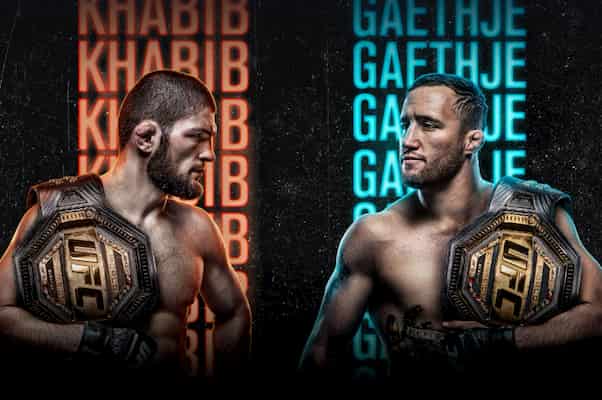 Gaming enthusiasts sparked the UFC Esports revolution in the year of 2017 when EA UFC 3 was at the height of its release and platforms such as YouTube & Twitch allowed content creators to share their work.

The popularity of Conor McGregor certainly played its part, as the cover star of UFC 3 he set the president for future releases – so in 2020 when EA Sports released UFC 4 the intensity had to match. Cover stars Jorge Masvidal, the BMF titleholder and UFC middleweight champion Israel Adesanya graced this-years cover art.

EA has been holding their own Esports championships, but amid UFC 3’s popularity, the Esports Fighting League was created. Heading into its third year and second UFC game release, the company has been the busiest since it began.

The ESFL have already crowned a champion in their UFC 4 season, Anthony Romero remains undefeated on the game with six title defences. 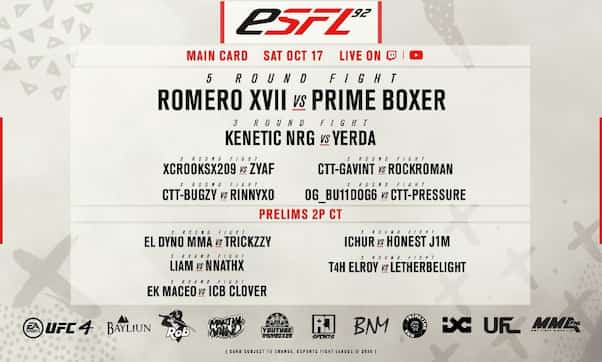 The Future of Esports

The competitive nature of gaming combined with mixed martial arts, can only head in one direction, up.

The latest UFC 4 fighting simulation has covered all basis of the sport, allowing professional gamers to train and raise the skills to an elite level. The sport’s popularity continues to grow, and the involvement of celebrity in the game has also gained extra attention. EA held a celebrity tournament with the likes of Idris Alba on the game’s release day, further propelling its audience reach.

With more players follows more professionals, and with more professional UFC players, the Esport and leagues surrounding it will succeed. It’s still new to the Esports world, but it is hard to envision a world without competitive UFC gaming. I can only see the champions becoming more recognisable, bigger tournaments to be held, and a flourishing community before the time UFC 5 is released.