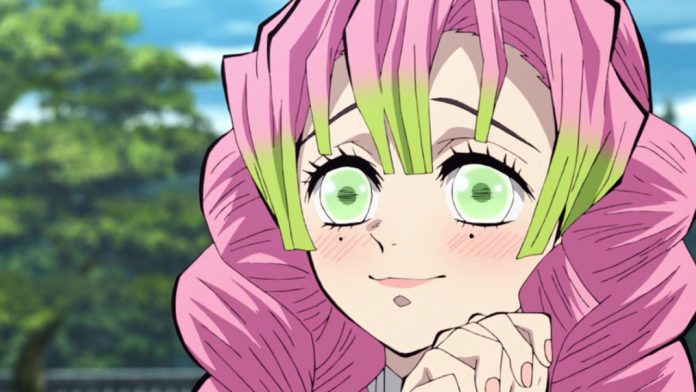 The incredible success of the series Demon Slayer: Kimetsu no Yaiba continues to grow, and while many fans await the debut of the Infinity Train film in the United States, which in Japan has recorded record sales, a fan has decided to take on the role of Hashira Mitsuri, the Pillar of Love.

Mitsuri is one of the secondary characters to appear in the series of Koyoharu Gotoge, and although she has yet to enter into action in the animated transposition by the Ufotable studio, already from her design it is possible to understand how Mitsuri is not very much in line with the hard and decisive attitudes of her colleagues Pillars, and is instead an awkward girl, even with a tragicomic story behind, as perpetually rejected by her previous boyfriends for her superhuman strength.

As you can see from the post at the bottom, the cosplayer @alexy_sky shared her personal interpretation of Mitsuri Kanroji on social media, managing to represent in a particularly faithful way the design conceived by the author for the young Hashira, who in all likelihood we will see in the second season of the anime. What do you think of this particular Mitsuri cosplay? Let us know in the comments section.

Recall that Nezuko got a magnificent 3000 euro statue, and we leave you to the reasons behind the unexpected success of Demon Slayer.