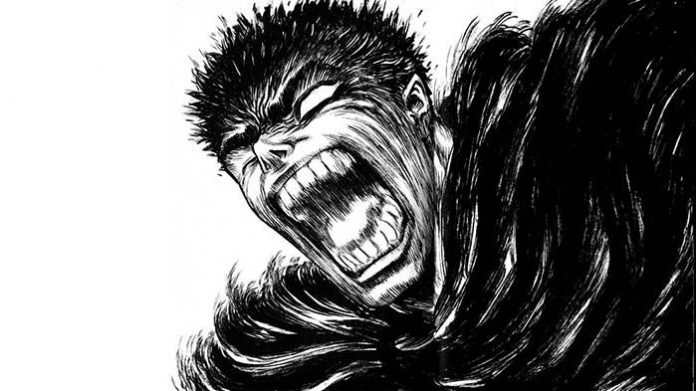 Despite the occasional serialization of Berserk, Kentaro Miura’s masterpiece is an icon of manga culture, a work that over time has been enriched with increasingly important merchandising as evidenced by the numerous themed collaborations. In this regard, the last of them is particularly interesting.

Although chapter 364 of Berserk is slow in coming, since the manga has been stopped since January when the previous issue came out, the brand continues to fortify itself with brilliant collaborations, the last of which with the Whiskey Mew, a Japanese company famous for its iconic alcoholic beverage. The collaboration, in particular, introduces an illustration of the work on the bottle, perfect for expanding your collection.

The company described its preparation as a Whiskey aged for 17 years in barrels in Ireland and is made up of precisely 50.3% alcohol. It is good to remember, however, that of these bottles just 219 are available orderable from April 22nd for about 24,000 yen (184 euros at the current exchange rate), we therefore suggest that you pay particular attention to the purchase if you are interested.

READ:  What Time Will Daredevil Season 2 Be On Netflix?

And you, instead, what do you think of this particular collaboration, are you interested in this limited edition Irish Whiskey? Please let us know, as usual, with a comment below, but not before taking a look at all those times that Berserk has appeared in other anime and manga.