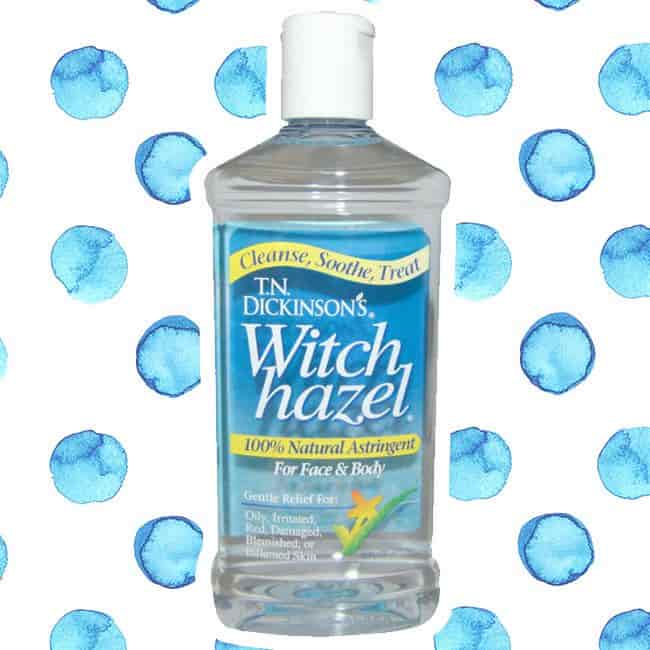 Benefits of Witch Hazel For Skin

Witch Hazel is a plant that has been used in many cultures for various medicinal purposes. In the United States, this evergreen shrub with distinctive leaves, abundant flowers, and clusters of red berries is known as a valuable natural remedy for skin conditions.

The extract from witch hazel bark and leaves has been found to be particularly helpful in treating acne, skin inflammations, varicose veins, and hemorrhoids. Witch hazel also uses the perfect treatment for sunburns because it helps reduce inflammation and soothes burn pain. It does not contain harsh chemicals or artificial ingredients that might be irritating to sensitive skin types.

There are both commercial products made from witch hazel extracts such as astringent lotions remedies and soaps, and you can also find many witch hazel bark and leaves natural remedies that will have the same benefits.

What are some of the benefits of using witch hazel on the skin?

Since it’s a natural product that doesn’t require a prescription or a visit to your local dermatologist, it’s great for people who want to avoid chemicals and synthetic products. One of the most important benefits of witch hazel is its powerful ability to stop bleeding due to its astringent properties. It can also reduce swelling and redness when applied topically by slowing blood flow near the skin’s surface and constricting blood vessels.

Witch hazel has been used for varicose veins since ancient times. The leaves contain plant chemicals called tannins that dry out tissues and give witch hazel its astringent properties. These properties include tightening of internal organs; stopping nosebleeds; relieving diarrhea, stomach cramps, and intestinal gas; and tightening hemorrhoids and varicose veins.

The medicinal uses of witch hazel include

(1) skin problems such as skin irritations and dermatological inflammations

(2 ) gastrointestinal disorders such as diarrhea and colic

(3 ) menstrual problems such as dysmenorrhea, regular periods, and painful menstruation

It is important to understand that there are natural plant chemicals in witch hazel bark and leaves that have been found to cause health benefits. Chemical compounds called tannins give the leaves a bitter taste and acts as an astringent by decreasing water retention and swelling. The plant also provides natural antiseptics that can control bleeding by slowing blood flow near the skin’s surface and constricting blood vessels.

One of the most important benefits of witch hazel is its powerful ability to stop bleeding due to its astringent properties. It can also reduce swelling and redness when applied topically by slowing blood flow near the skin’s surface and constricting blood vessels. This avoids the breakage of small capillaries, which reduces itching, irritation, burning, stinging, or pain during use.

The witch hazel is a plant of the Hamamelidaceae family, which consists of 400 species. Its fleshy branches have small leaves and yellow flowers, while the fruit is a capsule with many seeds inside.

Due to its astringent power, it is used in various ways: either as a local application on the skin or internally for certain ailments, such as varicose veins or hemorrhoids. In cosmetology, its uses are more widespread due to the fact that it contracts tissues and makes them firm, thus reducing wrinkles and aging lines on the face.

In addition, this toner has antioxidant properties which fight free radicals responsible for premature aging. Due to these characteristics, it is indicated for all types of skins. Thus, it is widely used either as a toner or astringent, even for oily skin types.

The toner is prepared by macerating 50 grams of crushed witch hazel leaves in one liter of alcohol. This should be done for at least six weeks before the liquid is filtered and, later, after all the alcohol has evaporated, it becomes a gel-like consistency that can be put into an atomizer or any other similar container.

To use it as a cleanser, apply it to your face with gentle massages and rinse thoroughly with water afterward. Try this homemade natural remedy for different skin types:

you must mix three teaspoons of honey with four teaspoons of the toner. These are applied to clean skin and are left for about 15 minutes before being rinsed off. It not only acts as an astringent and purifier but also moisturizes.

For normal or oily type:

you must mix three teaspoons of rose water with four teaspoons of the toner. These are applied to clean skin and left for about 15 minutes before being rinsed off. It not only acts as an astringent and purifier but also reduces excess sebum production, thus reducing acne breakouts.

For sensitive or irritated type:

you must mix two teaspoons of natural yogurt with two teaspoons of witch hazel, both at room temperature. This is applied to clean skin and massaged gently in circular motions for 5-10 minutes before being rinsed off. It has soothing effects due to the lactic acid contained in the yogurt.

Witch hazel on face side effects:

In addition to its beneficial effects, the witch hazel may have some undesired effects. In fact, as a potent astringent, it can cause skin irritation and peel in those who have sensitive skin.

Likewise, it is good to know that this plant contains tannins that can stain fabrics. Thus, it should be handled with caution since the toner stains clothing and towels when applied directly on them. For this reason, always use a cotton swab or a piece of gauze to apply it instead of your fingers or washcloths.

In turn, pregnant women should not use this treatment due to the contraindication regarding its use during pregnancy and breastfeeding periods In addition, you must take into account that, as with any other treatment, you must always be careful and follow the instructions prescribed by your doctor or dermatologist.

For best results you can mix witch hazel with:

Aloe juice: they conclude a perfect combination of astringent and moisturizing properties for healthy skin.

Rosewater: thanks to its antioxidants and moisturizing components, it is good for all types of skin.

Olive oil: It has great properties that protect and nourish the skin. Its extra virgin type reduces wrinkles and makes you look younger.

Witch hazel is good for dry skin since it tones and tightens the skin. It also reduces oiliness, thus fighting acne caused by excess sebum production.

In addition, witch hazel is indicated in cases of inflammation in the facial areas such as in certain dermatitis and eczema problems, due to its anti-inflammatory components.

Why witch hazel is good for skin:

As it is a soothing and moisturizing plant, witch hazel can be effective in treating skin problems such as skin irritation, burns, or mild rashes. To do this, simply add some drops of witch hazel to your regular face cream and apply it directly to the affected areas several times a day until you get positive results.

In the same way, it helps reduce and prevent swelling and redness caused by insect bites or shaving nick.

Moreover, for an extra effect, apply lavender oil with witch hazel on mosquito bites that appear after spending time outdoors. This will relieve itching instantly.