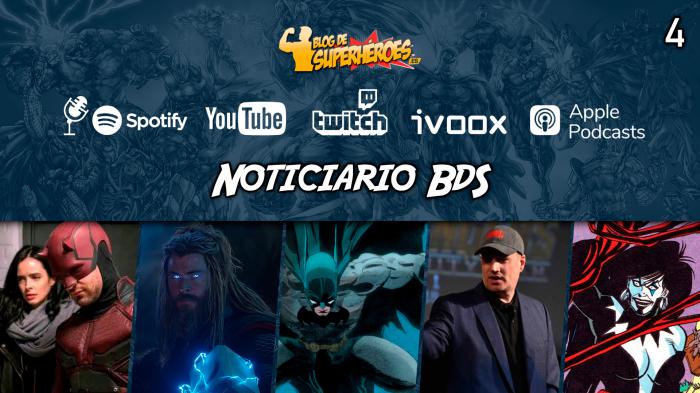 One more Sunday we made the Superhero Blog team made a new live show in Twich of our program BdS Newsletter, where we review the main news of the week.

For those who missed the live show, we bring you, as always, the possibility to listen to it / watch it through Spotify, Apple Podcast, YouTube and iVoox to be able to listen to it in deferred.

Listen on Spotify
Listen on Apple Podcast
Listen on Twitch
BdS News – Program 4: Spider-Man, look at the cast of The Suicide Squad, Liv Tyler for She-Hulk, Wiccan and Speed ​​for WandaVision … was last modified: October 21st, 2019 by Maria Rivera
Share it:

Rihanna, after the farewell to Hassan Jameel starts flirting with Asap Rocky?

You too leave hot comments to your sweetheart as Cara Delevigne and Ashley Benson do on Instagram?

Sebastian Stan does not know if the withdrawal of the Capi is final and advances that there are things left to see from his Wakandian arm
With a great goal from Jona LA Galaxy goes to the semifinals, they will face the LAFC of Vela
Comment