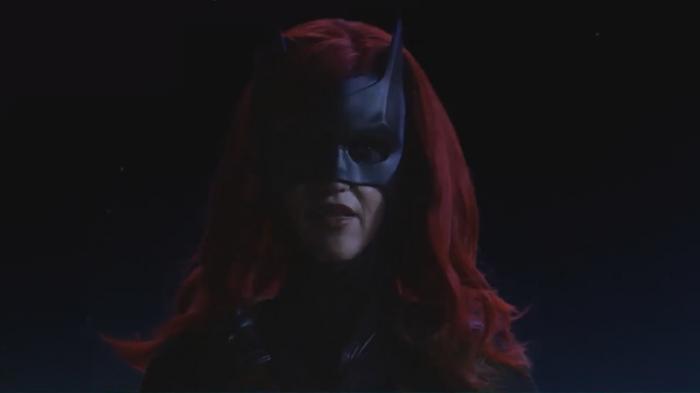 The story of Batwoman is much more complicated due to the turn we discovered in the first pilot episode of "Batwoman" and that is in line with what we know about the comics. The promo launched from this Sunday’s episode, "Down Down Down", advances us how Kate follows protecting Gotham while working to stop Alice's last plot.

Meanwhile, she is also visited by an old friend and it seems that she will have to make a big decision when deciding if she can live a double life to fulfill her mission or if she should opt for one of the two.

In this episode he also makes his debut Tommy Elliot, better known in the comics as the villain Hush, and in fact he shows himself briefly in the promo.

GOODBYE TO THE MURCIELAGO – While the city waits impatiently for another visit from that figure they think is Batman, Alice (Rachel Skarsten) keeps bothering Kate (Ruby Rose) with a secret while setting Jacob (Dougray Scott) and Catherine (Elizabeth Anweis) as your goals. Kate is visited by Tommy Elliot (guest star Gabriel Mann), a childhood friend of his cousin who has finally achieved his goal of being richer than Bruce Wayne and, therefore, throws a party in which all Gotham can celebrate his success. Mary (Nicole Kang) gets a new friend when Sophie (Meagan Tandy) is assigned to protect her. Luke (Camrus Johnson) and Kate must work together to find out who has taken an important weapon from Batman's arsenal and while Batwoman faces a new enemy, Kate realizes that she must either depart completely from her new role or embrace the mantle like Gotham's new hope.

The episode has been directed by Dermott Downs and written by Holly Henderson and Don Whitehead.

READ:   The best references to Marvel and Star Wars in the Simpsons
Batwoman Promo 1 × 03: “Down Down Down” was last modified: October 14th, 2019 by Maria Rivera
Share it:

Bloodshot advances its premiere in Spain to March 6

The heroes of Titans could have a cameo in Crisis on Infinite Earths
Supergirl Promo 5 × 03: Blurred Lines
Comment