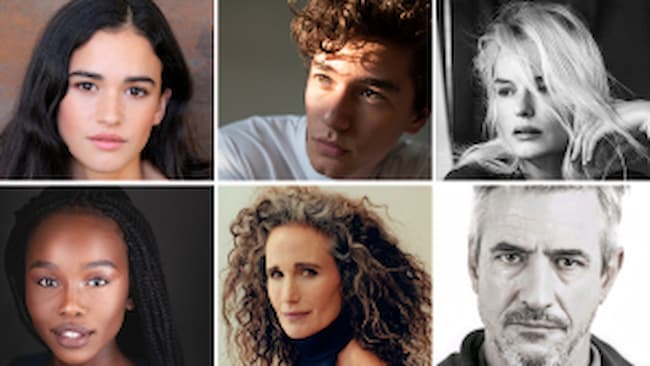 ‘Along for the Ride’ Netflix Movie: What We Know So Far

So this movie is an American drama based on the novel which is written by Sarah Dessen.

The audience is most awaited for this movie and they can not wait for the release dates because everyone had read the novel.

And now they want to see how is the movie and what will there in the movie, the plot changes or there is some twist in plotting the given storyline.

If you want to know more about this movie, you can read the whole article below:

Along for the ride: Netflix movie

So here in the college, while summer is going, Auden meets Eli who is very mysterious and also an insomniac, and then the rest is in the following movie for that you need to wait for a little while.

The movie is directed by Sofia Alvarez and also the screenplay is done by himself. Based on a book called Along for the Ride by Sarah Dessen.

The shooting location was in Carolina Beach, North Carolina and also they plan to film in Wilmington, Kure Beach, and Oak Island.

The shooting and filming are expected to continue in early June.

“The summer before college Auden meets the mysterious Eli, a fellow insomniac. While the seaside town of Colby sleeps, the two embark on a nightly quest to help Auden experience the fun, carefree teen life she never knew she wanted.”

And this is very much similar to the book that reads:

“Nights have always been Auden’s time, her chance to escape everything that’s going on around her.

Then she meets Eli, a fellow insomniac, and he becomes her nocturnal tour guide. Now, with an endless supply of summer nights between them, almost anything can happen…”

Along for the ride Cast

Emma Pasarow, Belmont Cameli, Kate Bosworth, Laura Kariuki, Andie MacDowell, Dermot Mulroney, Genevieve Hannelius, Samia Finnerty, Paul Karmiyran, Marcus Scribner, Ricardo Hurtado will be there in this movie featuring themselves in this outstanding and amazing movie. If there are any changes we will update you on this website.

Emma Pasarow and Belmont Cameli will star in an adaptation of Sarah Dessen's novel ALONG FOR THE RIDE.

Along for the Ride be released on Netflix

As of right now, we don’t know anything about the release dates because it has not been announced by the official makers and the creators so till then we have to wait for it. But the dates are been expected to come around in late 2021 or early 2022.

Along for the Ride Trailer:

The official trailer of this movie has not been out yet as far as we know but whenever it comes, stay tuned to the website because we will be the ones who will update with the latest news and updates.