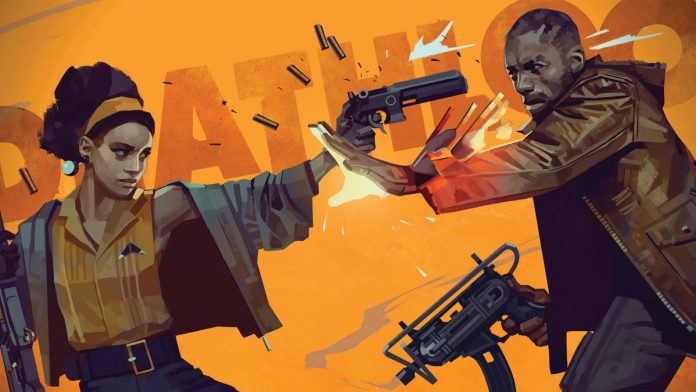 Video game launch delays became more frequent in 2020 due to the havoc caused by the COVID-19 pandemic. And given that the pandemic continues to affect the operation of the studios and will continue to do so in the future in the short term, it is likely that this trend will continue during the present 2021.

To monitor the continued impact of the pandemic on game development, We have compiled a list with all the games (and DLC’s or important expansions) that have announced the delay of their launch during this year. We will update the information when there are more announcements, but for the moment these are The 21 Most Notorious Lags of 2021 in the Video Game Industry.

People Can Fly, developers of Outriders, announced the delay of the game last January, commenting that they needed some extra time to improve the game. This was its second delay, as its original release was expected for Christmas 2020.

The game is already with us and we even offered you our analysis recently.

Pragmata’s delay was “quietly” revealed at the end of Sony’s panel at CES 2021. Capcom’s mysterious new game was going to be released in 2022 but we’ll have to wait another year.

Frontier Developments delayed the expansion of Elite Dangerous due to the direct impact of the pandemic. The study commented that the effects produced by COVID-19 and the new confinements have put a lot of pressure on their teams.

On January 13, Portkey Games announced the delay of Hogwarts Legacy, the upcoming open-world action RPG game set in the Harry Potter universe. The studio commented that to create the game that fans deserve there was no choice but to spend more time developing.

CD Projekt RED planned to release the first Cyberpunk 2077 DLC completely free of charge in early 2021. However, this expansion had to be delayed as the studio had to prioritize its work fixing bugs and issues in the game after its release, especially on PS4 and Xbox One ports.

On January 14, Ubisoft announced that Riders Republic was delaying its release from the scheduled February date to “late” 2021. The company commented that the overtime would allow its team to deliver the best possible experience to players.

The Lord of the Rings: Gollum

Originally planned to appear later this year, The Lord of The Rings: Gollum will arrive at some unconfirmed time in 2022. Nacon, its publisher, announced the new date for this stealth-focused Middle-earth-set game that will be released. starring the iconic character. The reasons for the delay were not given.

Returnal’s launch was delayed from mid-March to late April to “give the team some extra time to bring the game to the level of quality that players have come to expect from Housemarque.” This is a PS5 exclusive third-person action roguelike.

Prince of Persia: The Sands of Time Remake

The long-awaited remake of Prince of Persia: The Sands of Time was delayed last February to an unspecified date. According to Ubisoft, this extra time will allow the team to “develop a remake that feels new while respecting the essentials of the original.” So far no new release date has been released.

This is the second delay suffered by the game since it was previously postponed from January to March.

In mid-February, Amazon announced that it was delaying the launch of its next MMO, New World, from its scheduled spring date to August 31. The development team needs additional time to work on the endgame features, in addition to polishing the end result of the entire game.

This is the second delay for New World, which was originally scheduled to launch on August 25, 2020. We were able to test the game a few months ago and share our impressions with this ambitious Amazon project.

Paradox Interactive delayed the release of Vampire: The Masquerade – Bloodlines 2 from 2021 to an unconfirmed date as of yet. Along with the delay, the studio announced that Hardsuit Labs was no longer leading the development of the project. A necessary change, according to the company. Therefore, more time is required.

The game was initially expected for the first quarter of 2020, and has already suffered multiple major delays and departures from the development team, including its creative director and narrative designer.

Gran Turismo 7 was delayed from 2021 to 2022 due to “Covid-related production challenges,” Sony confirmed. The changing dynamics and development changes due to the pandemic have caused the team to need more time to develop some important aspects of the game.

EA delayed the upcoming and for now unknown new Need for Speed ​​from fiscal year 2022 to the fiscal year 2023. The game’s development studio, Criterion Games, temporarily joined the DICE team to assist in the creation of the next Battlefield, a decision related to the new working conditions caused by the pandemic.

Guilty Gear Strive delayed its release for a couple of months after development studio Arc System Works received feedback from the public in the recent open beta. This additional time will be dedicated to polishing some aspects of the game such as “online lobbies and server stability,” according to the study itself.

The fighting game was already delayed the last year 2020 due to the situation derived from the pandemic.

The Borderlands 3 Director’s Cut edition was delayed 3 weeks due to weather conditions that hit Texas in the United States last month, according to development studio Gearbox. This new content has added new raid bosses, story missions, and challenges.

Warner Bros Games delayed Gotham Knights until 2022 to give the development team “more time to develop the best possible experience for players.” Announced in the 2020 DC Fandom, this cooperative game set in the Batman universe was originally scheduled for release later this year. We will have to wait for one more.

SEGA and Amplitude announced the delay of Humankind, the strategy game, which will be released a few months later than originally scheduled. They commented that the development team will have more time to work on the game and thus generate a better experience.

Left 4 Dead’s spiritual successor, Back 4 Blood, was delayed until next October to allow Turtle Rock Studios developers more time to create “the best possible launch game.” There will be an open beta this summer to quell the wait.

The next LEGO Star Wars game has also taken more development time, with TT Games studio commenting that it is the “biggest and best LEGO game ever made.” It was going to appear this spring but it is another of the indefinite delays for which we still do not know a new release date.

LEGO Star Wars The Skywalker saga has already suffered the first delay from its scheduled release in 2020 until spring 2021.

Bethesda’s upcoming murder game Deathloop has recently announced its delay. Four additional months that will serve to “preserve the ambition of our team with Deathloop ensuring the health and safety of everyone in Arkane”, we could read in a statement released by the development studio. “We will use this extra time to accomplish our goal: to create a fun, stylish and mind-blowing gamer experience.”

This is Deathloop’s second delay, as it was originally planned for Christmas 2020.

Clash of the Druids is the first major expansion for Assassin’s Creed Valhalla, and a two-week delay has been announced. This extra time will allow developers to create “a more refined experience”, as Ubisoft has commented.

Have any of these delays particularly bothered you? Do you think that any of the rest of the most promising games of 2021 will also suffer a delay in their launch?