This Thursday the authorities of Paraguay They approved the protocol presented by the soccer clubs so that the ball turns again after two months without activity due to the coronavirus pandemic. If realized, it would be the first South American competition to restart after stoppage.

According to local media, at the meeting they were Robert Harrison, president of the Paraguayan Football Association (APF) and health officials, who They gave the go-ahead to the submitted project that aims to resume the contest on July 17.

According to the protocol, the individual trainings would start on June 8, then there will be group practices and finally the pending days of the Opening Tournament will be held behind closed doors, which has Libertad as the only leader after eight disputed dates. The last game dates back to March 8, when the indefinite suspension for the coronavirus pandemic was announced.

So far, none of the associations that belong to Conmebol have a date for the ball to roll again, making Paraguay the first country to draw a horizon. At the same time, everything will depend on the evolution of infections as an outbreak of cases could cancel the project.

After more than a month of quarantine, the Guaraní nation already allows the displacement of people and the return of most commercial activities. So far, it only counts 900 infected (16 in the last day) and 11 deaths from Covid-19, in a country with 7 million inhabitants.

READ:  Exit from Monarcas would leave losses for 4, 500 million pesos and would affect 9,000 sources of employment in Michoacán

In Paraguay, classes were suspended, commercial flights were banned, and on March 17, the borders with Brazil and Argentina were closed. After the success of his strictest quarantine, This Monday began a second phase of the so-called "smart quarantine" of gradual return to activities, in which the vast majority of shops have already opened and all people can go for a walk, do physical activity and travel by public transpart up to 100 kilometers away. For the third, scheduled for mid-June, the return of collective sports without an audience and the reopening of temples is expected.

This same Thursday, the return for June of two of the most important leagues in the world, the Premier League and Serie A, was officially announced. In turn, the Bundesliga is already playing matches and the Spanish League had also anticipated its restart for the same month.

MORE ABOUT THIS TOPIC:

Italy confirmed the resumption of Serie A: when will Cristiano Ronaldo, Dybala and Lautaro Martínez play again

When will the Premier League return and what multi-star game are they preparing for the relaunch?

A league in South America agreed to the return of football and would be the first after the suspension due to the coronavirus was last modified: May 29th, 2020 by Lisa Durant
Share it: 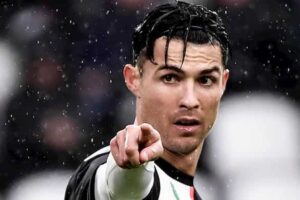 Exit from Monarcas would leave losses for 4, 500 million pesos and would affect 9,000 sources of employment in Michoacán
Comment

Exit from Monarcas would leave losses for 4, 500 million pesos and would affect 9,000 sources of employment in Michoacán